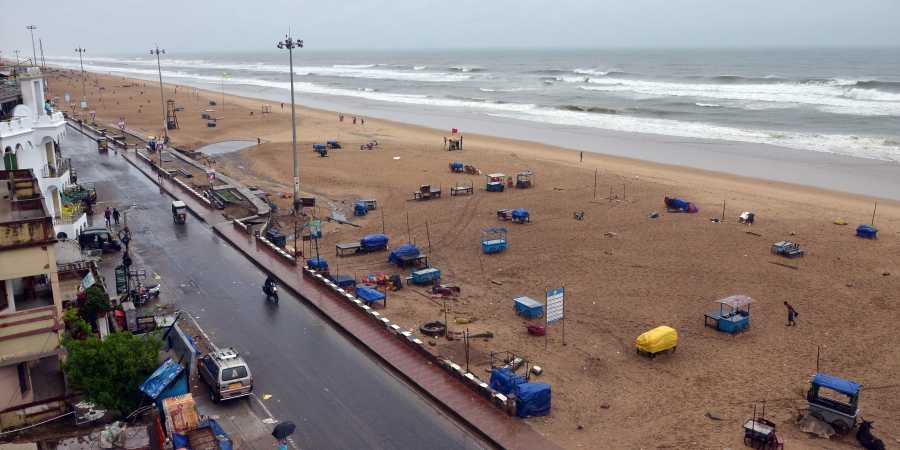 From alluring green mountain valleys to young and energetic waterfalls paving their way to Bay of Bengal, along with rolling surf of the pristine coastline, this east corner of India no wonder sets perfect example of unflawed nature; Odisha, a blissful state adorned with innumerable marvels of nature, and an ancient old cultural heritage marked with exemplary architecture & art, is all set to welcome the travellers from near and far, to let them unwind in the ataraxy and tranquillity.

This is undeniably the lesser known aspect of Odisha. The state holds nonpareil beauty and charm when it comes to natural scenery. For a heart that seeks peace and calmness, Odisha makes an ideal destination.

Odisha has almost 485 kms coastline with untouched golden hued beaches making it a paradise for Thalassophiles; a person who love oceans and seas. Be it Gahirmatha, more popularly known as nesting beach of olive ridley; Chandbali – the vanishing beach; Puri beach marked with some marvellous sand arts; or Paradip; Odisha never fails in amusing with its liveliest coastline.

The dawns and dusks at the state’s beaches just cannot be missed. While the sunrises are captivatingly beautiful, the sunsets can be best described as-

Deomali in Koraput and Daringbadi make the glamorous yet calm mountain-lines in Odisha. And next in queue comes the Duduma Waterfall followed by Satpada Range and Chilika Lake– wintering ground of migratory birds, making some of the best attractions of Odisha. Chilika can be considered as bird-watchers’ paradise as the region is natural stoppage and habitat of some exotic bird species.

Odisha is marching towards the dawn of modernization, however the state and the people are still deep rooted to their culture, tradition and heritage. On the historic front, the state displays its architectural paragons singing the sagas of excellent craftsmanship and on the other front, each day it puts a step towards progress and growth, letting education and technology moulding a new approach and modern lifestyle.

The tradition is still alive and can be seen in the special and unique art-forms exhibited by virtuosi; be it Odissi dance and music, handicraft works, the different painting styles and formats like Pattachitras, or be it structural art carved out at caves and ceilings of historic monuments.

A State of Temple Towns

Odisha is marked with many ancient old temples, spread all over the state. The Jagannath Temple and Konark Sun Temple are the two most famous temples, marking Puri and Konark at the world map with flag of special significance. The capital city Bhubaneswar along with Puri and Konark is known as Golden Triangle. Bhubaneswar in itself is bespeckled with more than 1000 temples and thus is famous as Temple City.

And if one thought that all of this would wind-up Odisha, then just wait till you savour the flavours of Odisha fall in love with the place more.